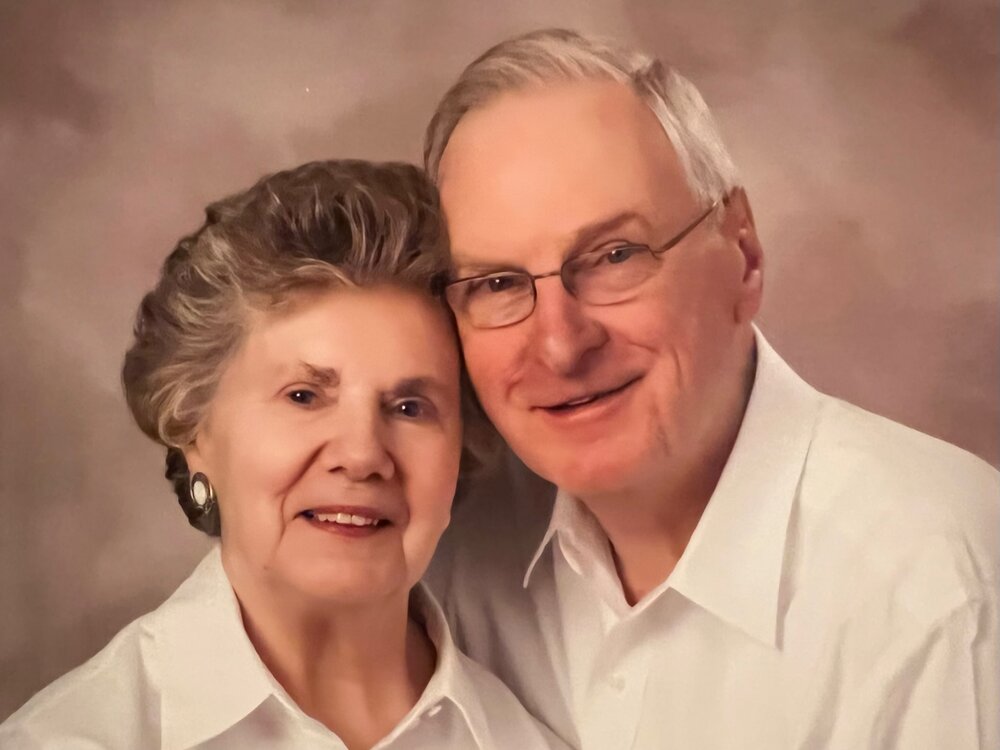 Please share a memory of John "Jack" to include in a keepsake book for family and friends.
View Tribute Book

John (Jack) M. Shiels passed away peacefully on February 16, 2022 at the age of 89 at his home in Brightview Randolph.

Jack was born in 1933 to Margaret Kennedy Shiels and Michael J. Shiels of Newark, NJ.  Raised in Newark with younger brothers George and Michael, both of whom predeceased him, he attended St. Patrick’s Grammar School and St. Michael’s High School in the same class as the love of his life and future wife, Ruth Besson.  He and Ruth shared the loss of their fathers in February 1942.  After his high school graduation in 1950, he enlisted in the US Navy Reserve as Petty Officer Third Class and served on active duty from 1953 to 1955.  In 1956 he married Ruth, “the prettiest girl in the world,” and in 1961 he and Ruth moved to Glen Ridge, NJ where they raised their four daughters.

Jack joined New Jersey Bell in 1952 as a coin box collector and finished his career as a division level executive in Sales Operations.  His responsibilities included testifying in Washington, D.C. during the Bell System divestiture and participating in labor negotiations with CWA union leadership.  The first in his family to graduate from college, he benefited from the GI Bill to complete his undergraduate and graduate business degrees from Seton Hall University, which he attended at night while he worked full-time and raised his family.  He retired from NJ Bell in 1992.

Jack was an active  volunteer in various Glen Ridge organizations such as the Glen Ridge Board of Education, on which he served as President, and for many years in the Glen Ridge Marching Band Music Parents Association.  Ruth and Jack never missed any of their daughters’ GRHS marching and concert band performances, attending every concert, football game and band competition regardless of the weather.

In 1994, he and Ruth moved to Mendham, NJ, where they lived for 25 years.  At St. Joseph’s Church in Mendham, he served as a Eucharistic minister and lector, and for over 15 years, he distributed Communion weekly at Holly Manor Center in Mendham.  In recognition of their service to the Church, he and Ruth were awarded the Vivere Christus Est award from the Paterson Diocese.  In retirement, Jack and Ruth pursued their passion for travel and made multiple trips to Europe, including to Switzerland and Ireland to visit relatives discovered through his years spent researching his family’s genealogy, and to Australia and New Zealand.  Jack was an avid reader, especially of history, but most of all, he loved to spend time with his family, especially his four grandchildren.

Jack is survived by Ruth Besson Shiels, his cherished wife of over 65 years, and his beloved daughters:  Margaret (Gus) Konitzky, of Topsham, Maine, Ruth (Victor) Corazza of Bernardsville, NJ, Patricia Shiels of New York City, and Catherine (Brian) Moore of Basking Ridge, NJ.  He also is survived by his four treasured grandchildren: Brian (Nathalie) and Madeline Moore, and Samuel and Emma Corazza.

Jack’s family would like to express our sincere appreciation to all the staff at Brightview Randolph, especially the Associates in Brightview’s Wellspring Village, and to Cecilia Jameson, whom we first met as a caregiver and whom we now consider a family member.

In lieu of flowers, Jack has requested donations to Saint Elizabeth University (formerly the College of Saint Elizabeth), an institution that Jack loved for its spiritual and financial support of his beloved Ruth in obtaining her college degree, in recognition of his belief in the importance of education and his Catholic faith.

To send flowers to the family or plant a tree in memory of John "Jack" Shiels, please visit Tribute Store
Friday
25
February