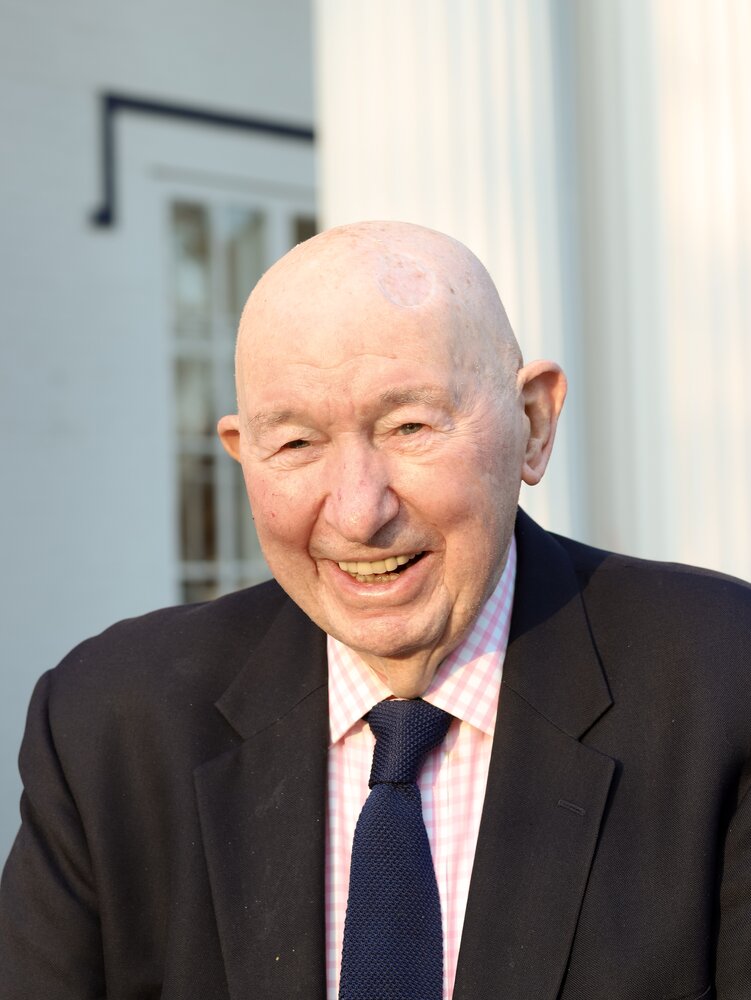 William F. Todt, 95, passed away peacefully at home on January 10, 2023, surrounded by his loving family.

William, a lifelong resident of New Jersey, was born at home on March 1, 1927, to William Charles and Wilhelmina “Minnie,” in Highland Park. After graduating from Highland Park High School in 1944, William enlisted in the U.S. Navy where he spent one year in the Navy Seabees as part of the Navy Construction Battalion in Clatskanine, Oregon. He was also accepted into the Naval Officer Training program, where he was sent for training and studying at Princeton University, Middlebury College,and Cornell University, where he won a Varsity Letter for playing on the soccer team.

William left the program to pursue a degree in education at the New Jersey State Teacher’s College in Montclair,now known as Montclair State University. While attending Montclair, William was a starting member of the undefeated 1947 football team. He also met the lifelong love of his life, Elinore “Elly” Hahn, at Montclair.

After graduation, William was hired as a math teacher at Hillside High School, where he spent 40 years, becoming chairman of the math department, assistant vice principal, and principal of Hillside High. William also coached baseball, football, and soccer at Hillside. In 1951, William and Elly married in Cranbury, New Jersey. They had three daughters, Lisa Suzanne, Betsy Dana, and Erica Lynn, and were married for 62 years, until Elly’s death in 2014.

William earned a Master of Arts in Administrative Supervision at Montclair State in addition to a Master of Science from Florida State University. He also studied at the University of Chicago as a recipient of a National Science Foundation scholarship. He further served as an adjunct professor at Rutgers University.

Despite his many accomplishments as an educator, William’s greatest achievement was his family. He was a devoted father and father-in-law to Lisa and Dennis Hruska of Mukilteo, WA; Betsy and Don Schmitt of Naperville, IL; and Erica and Frank Kuhlmann of Chicago, IL. He was the beloved grandfather of Allison (Schmitt) Adrikokus, Dana (Schmitt) Mroczek, and Kevin Schmitt; William Hruska; and Lucie Kuhlmann; and the proudgreat-grandfather of Clara and George Andrikokus, and Calvin and Harrison Mroczek.

William and Elly were passionate travelers and visited all but two of the 50 states, as well as all seven continents. But his most favorite place was Siesta Key, FL where he spent many happy times with his family. William and Elly were devoted members of the Basking Ridge Presbyterian Church for 56 years.

The family requests that in lieu of flowers, donations be sent in his name The Fund for Montclair State. A memorial service will be held to celebrate William’s life at the Basking Ridge Presbyterian Church in March. Details to follow.

Share Your Memory of
William
Upload Your Memory View All Memories
Be the first to upload a memory!
Share A Memory