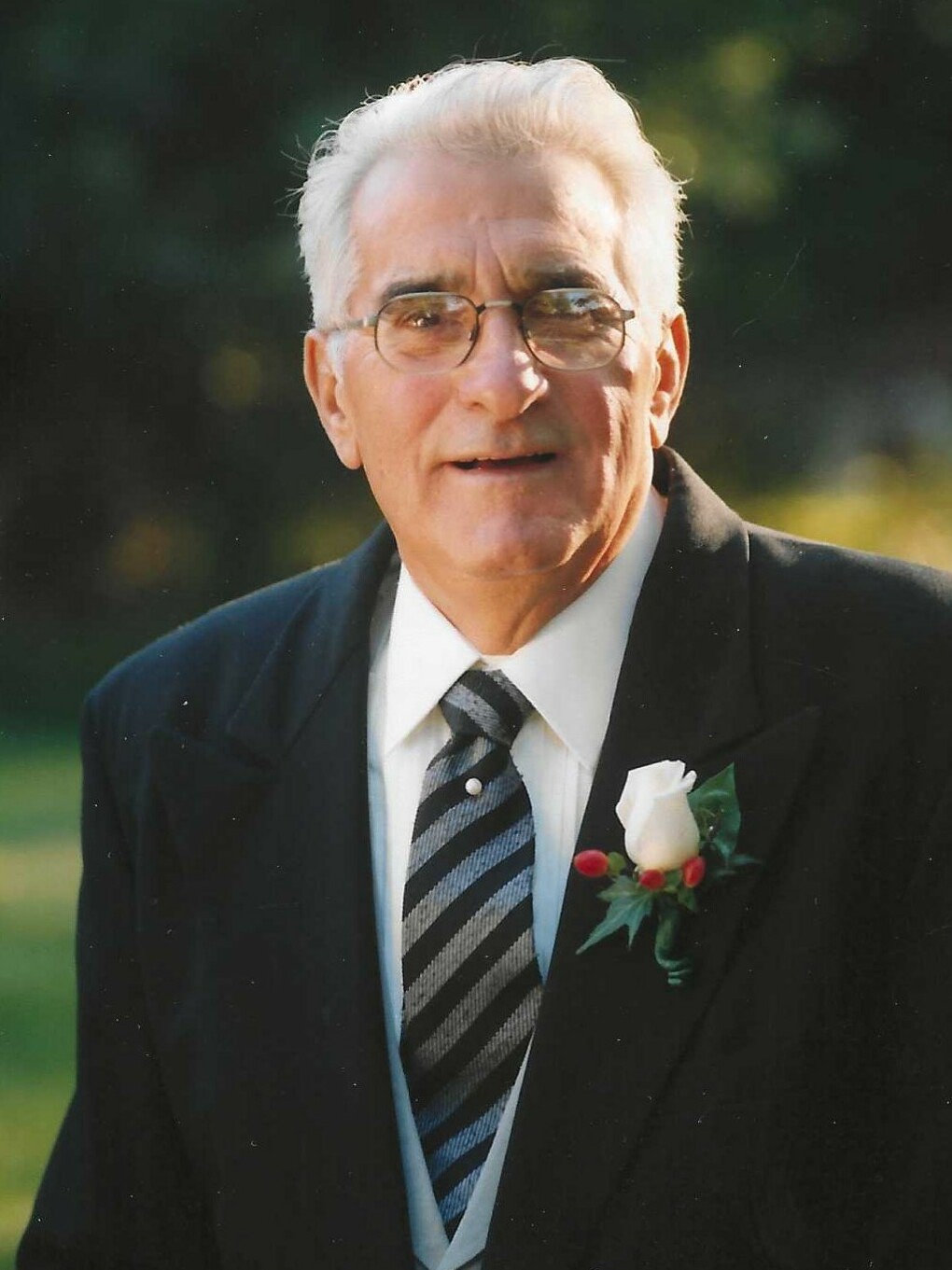 Please share a memory of Gerard to include in a keepsake book for family and friends.
View Tribute Book

Gerard P. Cyr, 91, of Basking Ridge, NJ, passed away peacefully in his home on December 25th, following a short battle with cancer.

Jerry and Sylvia (Cyr) were married for 67 years and together they raised four children in Basking Ridge.  He is survived by his wife, his daughters, Diane Galdieri of Basking Ridge, Louise Fichot (George) of Long Valley, Debra McGee of Annandale, and Gregory (Tammy) of Branchburg; his beloved grandchildren Melissa Lozada, Dawn Fichot, Matthew Fichot (Melissa Pinto), and Danielle Magana (Henry).  He is also survived by siblings; Jeanne Cormier of Somers CT, Lucille Dionne of Grand Isle ME, Joel Cyr of Ft. Lauderdale FL, and Noel Cyr of Manchester, CT as well as many nieces and nephews.

Jerry grew up on a potato farm in Keegan, Maine.  He was drafted into the U.S. Army in 1952 and spent two years of service in the Construction Battalion as a Seabee building airstrips in Korea.  He was awarded the Korean Service Medal and a Bronze Service Star.  Upon returning from Korea, the newly married couple moved to New Jersey to start their life away from the farm.  They finally settled in Basking Ridge, and Jerry became an active member of St. James Catholic Church.  He looked forward to being an usher every Sunday.

Jerry was a highly respected Heavy Equipment Operator and was a 40-year member of the Operating Engineers Local 825, Springfield, NJ.

Jerry was also a member of the Knights of Columbus of Bernardsville and VFW Post 7858 of Bernardsville.  He enjoyed marching with the VFW in local parades as well as the various flag raising and lowering ceremonies for Veterans Day and Memorial Day.

To send flowers to the family or plant a tree in memory of Gerard Cyr, please visit Tribute Store
Thursday
29
December

Look inside to read what others have shared
Family and friends are coming together online to create a special keepsake. Every memory left on the online obituary will be automatically included in this book.
View Tribute Book
Share Your Memory of
Gerard
Upload Your Memory View All Memories
Be the first to upload a memory!
Share A Memory
Send Flowers
Plant a Tree