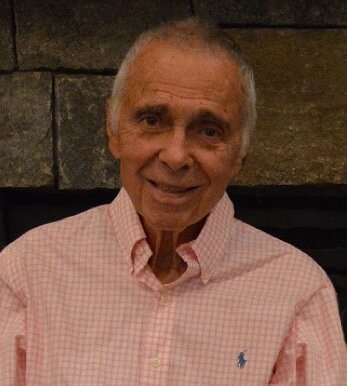 Please share a memory of Joseph to include in a keepsake book for family and friends.
View Tribute Book

Joseph F. Taglieri, 91, of Bridgewater New Jersey, son of Francis & Margaret Taglieri, passed away on Friday, November 18th, 2022. He was born on July 17,1931 in Hoboken, New Jersey. Joseph attended Saint Peters Prep and was a proud graduate of Saint Peter’s University.  He later received his MBA at Rutgers University.  In 1955 he met the love of his life Amelia Ventura at the Lipton Tea building in Hoboken; the happy couple married two years later.   He proudly served four years in the Air Force during the Korean War.  After his military service Joseph joined Prudential, and during his 30-year career, rose to the position of Vice President.

Once retired, Joseph joined his wife Amelia running The Purple Raven, an antique boutique, in Schroon Lake, New York, their home away from home.

Joseph was a devoted family man. No one was more important than his children and their families.  Margaret Long (Ken), Lori Pakrul (David) and Joseph Taglieri, Jr (Kim). Slightly more doted upon were his six grandchildren and six great-grandchildren.  He was an avid Yankee and Giant fan, always rooting them on through good and bad seasons. His friends and family will remember him best as a great man, great father, and great friend. He set the example of what it is to be a strong, kind person, of faith and integrity.

Funeral Mass to celebrate his life will be held on Tuesday, November 22, 2022 at 11:00 AM at Our Lady of Perpetual Help Roman Catholic Church, 111 Claremont Rd, Bernardsville. In lieu of flowers, donations in Joseph’smemory may be made to Saint Peters Prep at:  https://spprep.org/supporting-prep/ways-of-giving/

To send flowers to the family or plant a tree in memory of Joseph Taglieri, please visit Tribute Store
Tuesday
22
November

Look inside to read what others have shared
Family and friends are coming together online to create a special keepsake. Every memory left on the online obituary will be automatically included in this book.
View Tribute Book
Share Your Memory of
Joseph
Upload Your Memory View All Memories
Be the first to upload a memory!
Share A Memory
Send Flowers
Plant a Tree