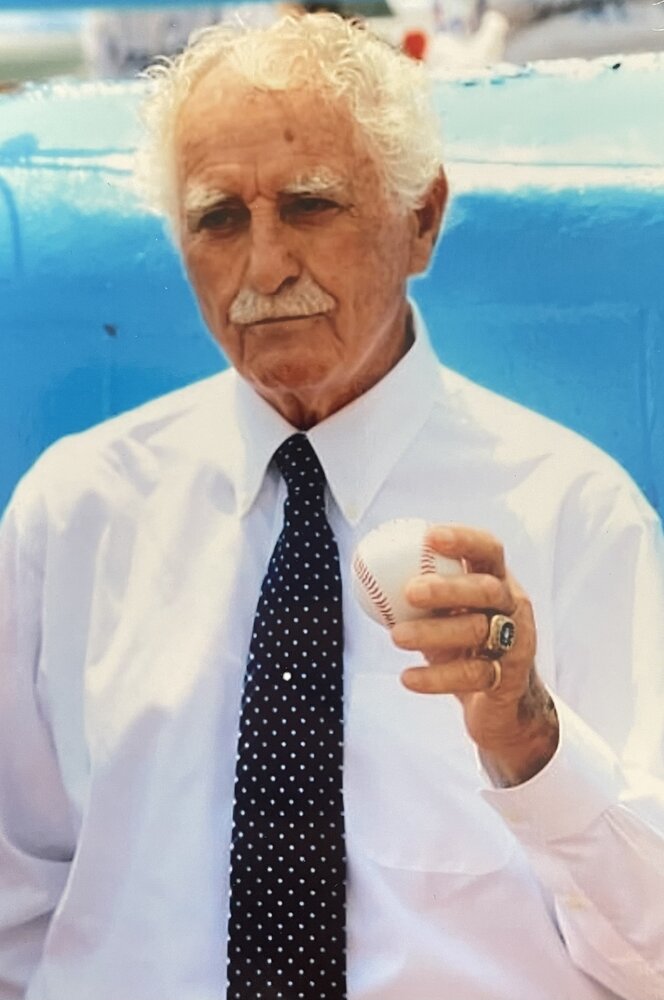 Obituary of Donald B Kohler

Please share a memory of Donald to include in a keepsake book for family and friends.
View Tribute Book

On Tuesday, August 2, 2022, Don Kohler of Asbury, NJ, passed away peacefully at home, surrounded by family. He was 93.

Born on May 24, 1929 in Summit, NJ. Don was the only child of Helen and Fred Kohler. He graduated from North Plainfield High School and Seton Hall University where he earned a Bachelor’s Degree in Physical Education.

Don was drafted by the New York Yankees as a left -handed pitcher in 1947, right out of high school.  He went on to play Minor League Baseball for 8 years. After leaving minor league baseball, he managed the Dreier’s Semi Pro Baseball Team, in Plainfield, NJ. During this time, Don also owned and managed Kohler’s Sunoco in Plainfield NJ, until eventually returning to baseball as a Major League Scout.

Don scouted for the Cleveland Indians and the Milwaukee Brewers, where he earned a World Series ring, before joining the Major League Scouting Bureau where he served for over 25 years. Don was assigned to scout primarily in New York, New Jersey and Maryland, where he conducted many pro ball tryouts for prospects.

In addition to his passion for the game of baseball, Don had a life -long love of classical music. The son of two talented musicians, he was a classical music afficionado and scholar. He spent many happy hours listening to Symphonies, Concertos and Operas on his stereo and finally his laptop. His last moments were accompanied by Beethoven’s 7th and 9th Symphonies.

Over the years, Don also enjoyed going to many professional car races; as well as driving and tinkering with sports cars and motorcycles. Many will also remember his love for dogs, especially the numerous Rhodesian Ridgebacks he raised and trained.

Don was well known for his great love for and loyalty to family. Family was the center of his world, especially his wife Joann, to whom he was dedicated. He truly lived by his mantra of “family comes first.” He was also known for his many acts of kindness and compassion to his friends, often quietly visiting, consoling and assisting those in need.

To send flowers to the family or plant a tree in memory of Donald Kohler, please visit Tribute Store
Monday
8
August

Look inside to read what others have shared
Family and friends are coming together online to create a special keepsake. Every memory left on the online obituary will be automatically included in this book.
View Tribute Book
Share Your Memory of
Donald
Upload Your Memory View All Memories
Be the first to upload a memory!
Share A Memory
Send Flowers
Plant a Tree