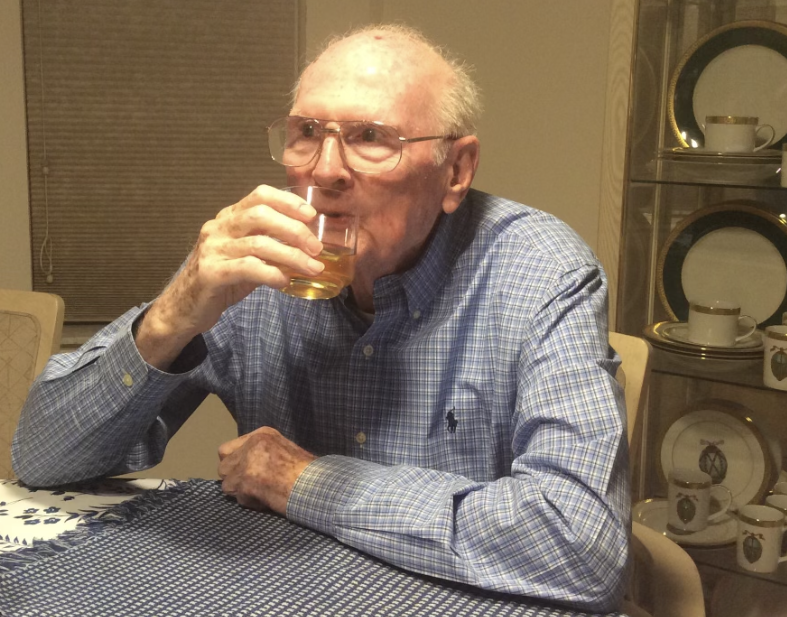 Bill was predeceased by his parents, William Cornelius and Anamae, his sister Wynn Serra, and his loving wife Connie.  He is survived by his sons William (Patricia) and Marc (Lisa), six grandchildren and four great grandchildren.

Bill was born and raised in Brooklyn and enlisted in 1943 at age 17 in the Navy.  He served for the duration of WWII as a Seabee in the South Pacific and was honorably discharged in April 1946.

Once back in civilian life, Bill embarked on a long career as an insurance broker in New York City (at Davis, Dorland & Co), where he met and married the love of his life, Connie Niforos.

Although Bill chose a white-collar career to better support his family, he had a very mechanical mind and his avocation was truly that of a builder and fixer…just about anything he put his hands on from motors and cars to carpentry and concrete.

Bill established his family on Long Island in the mid 1950’s, where he remained until 1989 when he and Connie moved to Florida to spend their retirement years free from the cold and snow of the northeast.

After 30 years in Florida, Bill returned to New Jersey in 2019 to be closer to his family.

Bill was a kind and considerate man, and was loved and respected by his family, as well as the friends and caregivers around him (notably at Brightview Senior Living).   He was a proud and strong man (with tough bones), but quite humble as well.  While he is certainly missed, we take great solace in the fact that he lived a long and healthy life, and that now he is reunited with his beloved Connie.

To send flowers to the family or plant a tree in memory of William Johnston, please visit Tribute Store
Thursday
21
April