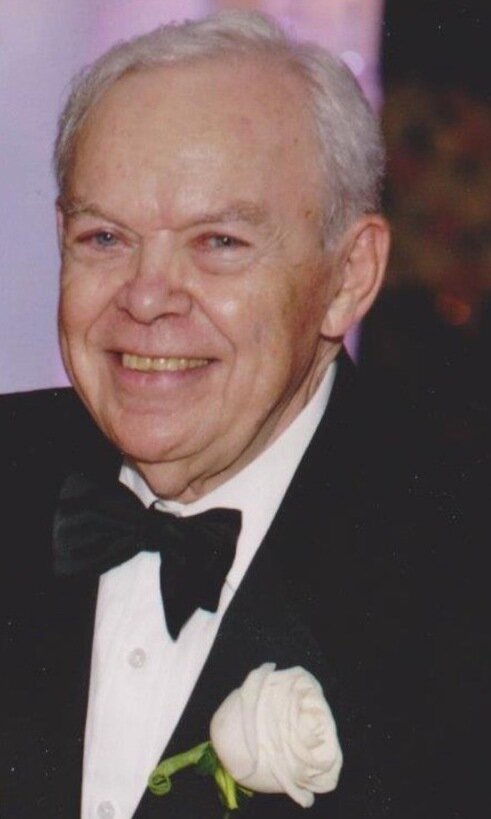 Please share a memory of Richard to include in a keepsake book for family and friends.
View Tribute Book

Richard Ferraiuolo 89, longtime resident of Basking Ridge, passed away peacefully, surrounded by family on February 18, 2022 after a long illness.

Richard was born December 27, 1932 in Newark, NJ to Maurice and Mary (nee Musto) Ferraiuolo, the youngest of three brothers. He attended Bloomfield High School, where he met Geraldine, who would one day become his wife.  Richard enlisted in the U.S. Navy during the Korean War, serving four years, much of it on the USS Coral Sea, and was honorably discharged. He loved his country and being part of the “Greatest Generation”; growing up during the Great Depression and World War II.

Richard was a very devoted husband to Geraldine, with whom he shared 68 years of marriage. Before moving to Basking Ridge, Richard and Geraldine were residents of Morris Plains and Nutley.  Richard was an avid tennis player and enjoyed playing in the United States Tennis Association League tournaments around New Jersey.   Richard also had a passion for golf, and loved playing at the Lyons VA.

Professionally, Richard had over twenty-five years’ experience in appliance sales management with Sears & Roebuck, where he oversaw a very large sales force.  He continued his sales career as General sales Manager for Top’s Appliance City, and finished his career as a MetLife insurance agent.

Beyond his hobbies and professional accomplishments, Richard was a dedicated family man, a wise and protective husband, father, grandfather and great-grandfather; demonstrating this with his thoughtful acts and many words of advice. He was a true mentor, always cheerful, kind, and generous.  His greatest joy was helping raise his granddaughter, Jacqueline.

Richard’s family would like to thank the wonderful caregivers at the New Jersey Veteran’s Memorial Home in Paramus who cared for Richard with love for the last six years. We wish God's blessings on their amazing staff.

Visitation will be held on Thursday, February 24,2022 from 4:00 - 7:00 pm at Gallaway and Crane Funeral Home.  Funeral Mass will be celebrated at Church of Christ the King, in New Vernon NJ, Friday, February 25,2022 at 11:30 am followed by burial at Gate of Heaven Cemetery in East Hanover. For further information, or to leave an online condolence message please visit www.gcfuneralhome.com Those who wish to remember Richard in a special way may make gifts in his memory to the Alzheimer’s Association alz.org

To send flowers to the family or plant a tree in memory of Richard Ferraiuolo, please visit Tribute Store
Monday
28
February

Look inside to read what others have shared
Family and friends are coming together online to create a special keepsake. Every memory left on the online obituary will be automatically included in this book.
View Tribute Book
Share Your Memory of
Richard
Upload Your Memory View All Memories
Be the first to upload a memory!
Share A Memory
Send Flowers
Plant a Tree