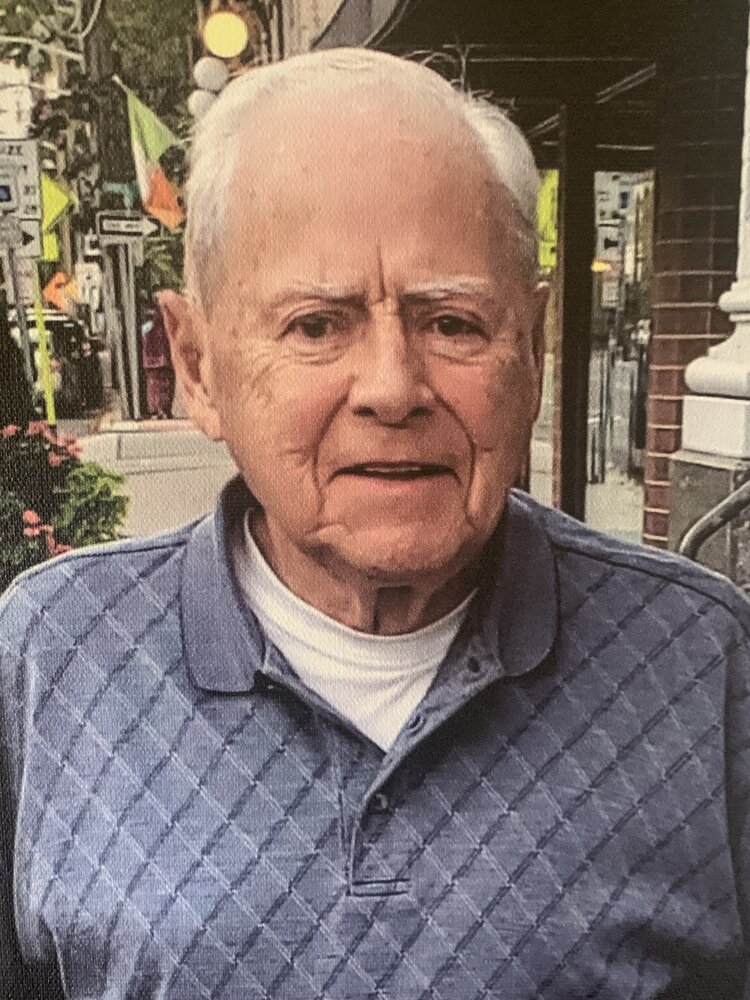 Obituary of John A Karsten

Please share a memory of John to include in a keepsake book for family and friends.
View Tribute Book

Jack grew up in the small village of Montgomery, NY with his parents, older brother Buddy and little sister Judy. He was an avid athlete and his favorite subjects
were math and science. He graduated from high school in 1950 and entered Orange County Community College. It was there he met the love of his life, Rosemarie.
Jack completed his undergraduate degree at the State University of New York at Albany and in 1954 was drafted into the US Army.
He was stationed at Fort Bragg, NC and trained to be a paratrooper. Jack was a proud veteran who loved to wear his paratrooper cap!

Jack married his college sweetheart Rosemarie (Rose) Bianco on March 13, 1955. He earned his Master’s degree in Accounting from Columbia University and became a Certified Public Accountant. In 1960 Jack and Rose had their only child, Kathi, and moved to Union, NJ. They later moved to Basking Ridge, NJ
where they reside in a home they designed themselves. For most of his career, Jack was the Chief Financial Officer of Clarkwood Corporation in Totowa, NJ.

Jack and Rose greatly enjoyed traveling and have visited all 50 states in America and most European countries.
Jack retired in 1995 giving him more time to spend skiing and playing golf, hobbies he took up in his 50’s.
He loved reading and watching sports (especially Rutgers University).  He has been a remarkable inspiration in the lives of his family,
especially his three grandchildren who he loved with all his heart.  Jack will be remembered by all as a hardworking, caring and modest man.

All in all, Jack has led a wonderful life, and he is an extraordinary man in our family.
We are so blessed to have loved him and been loved by him for so many years.

In lieu of flowers, please make donations to the Shriners’ Children’s Hospital (https://www.shrinerschildrens.org/en/giving)
or the Wounded Warrior Project (https://support.woundedwarriorproject.org/default.aspx?tsid=10043).

To send flowers to the family or plant a tree in memory of John Karsten, please visit Tribute Store
Saturday
19
February