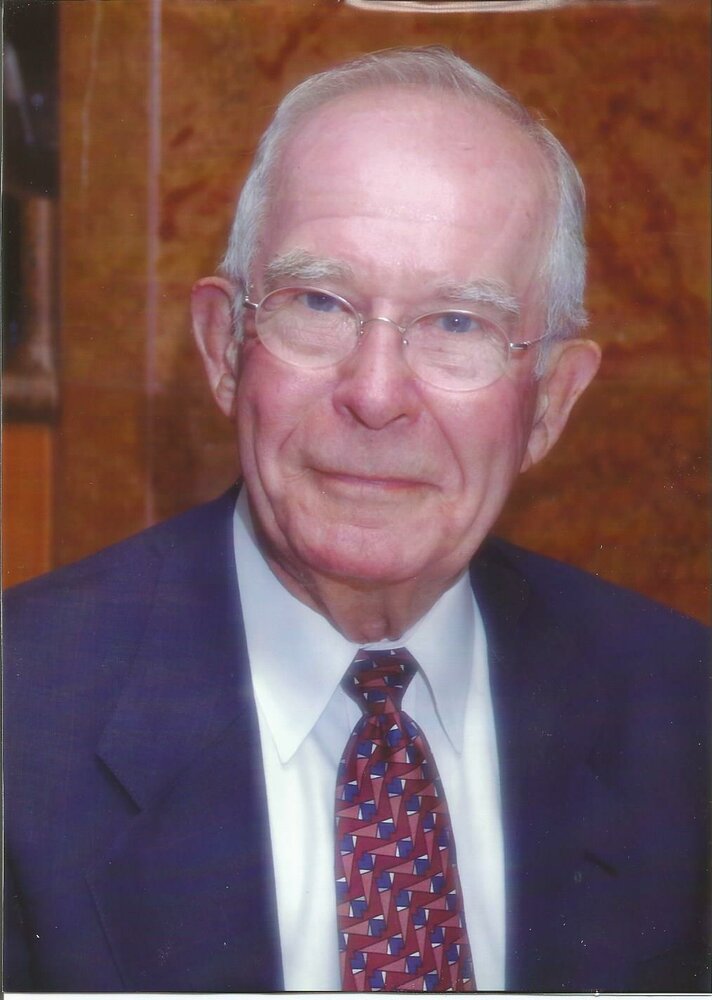 After basic training in Georgia, Dan was sent to LSU and earned an engineering degree. His unit was transferred to the infantry and sent to Belgium and the Battle of the Bulge. After the war, Dan was on occupation duty in southern Germany.

In 1946, Dan re-entered Purdue. He graduated in 1947andentered MIT graduate school in engineering. That same year, Dan was introduced to Lois Depuy.

After graduation from MIT, Dan went to work in Baton Rouge, LA for Esso Chemical Co.

In 1963, Dan and Lois bought a small cottage in Normandy Beach, NJ and began a fifty year tradition of family fun and lasting memories that continues today.

Dan and Lois resided in Westfield, NJ for 21 years before moving to Houston, TX. They led a very active life and Dan retired from Exxon in 1986 after which they travelled frequently to Europe and throughout the USA. During their 35 years in Texas Dan enjoyed golf, sailing, painting, and volunteering.

Dan used his business skills to volunteer with the Executive Service Corps of Houston. After retiring, Dan also continued his oil painting and won ribbons at local and Lone Star Art Guild shows. He was the past-president of the Houston Art Society. At age 90 he had completed over 200 paintings, many of which are in the homes of family and friends.

In 2009, Dan and Lois moved to Fellowship Village, a retirement community in Basking Ridge, NJ. Both Dan and Lois were quite active, serving on committees and volunteering at their church, local schools and The Great Swamp.

Lois passed away in 2016, but Dan was exceptional at caring for and connecting with the family near and far. Dan is survived by his three children (Daniel Boston of Houston, TX, David Boston of Woodstock, VT and Suzanne Lyon of Boonton, NJ), eight grandchildren and 13 great grandchildren. They all certainly knew that Grandpa Dan loved them very much. Also Dan was survived by his sister Nancy Maine of Charlottesville, VA.

To send flowers to the family or plant a tree in memory of Edward Boston, please visit Tribute Store
Tuesday
22
February

Look inside to read what others have shared
Family and friends are coming together online to create a special keepsake. Every memory left on the online obituary will be automatically included in this book.
View Tribute Book
Share Your Memory of
Edward
Upload Your Memory View All Memories
Be the first to upload a memory!
Share A Memory
Send Flowers
Plant a Tree