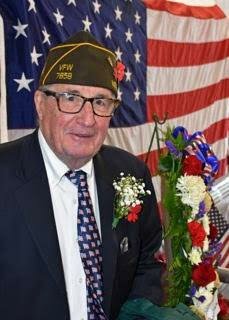 Please share a memory of Kevin to include in a keepsake book for family and friends.
View Tribute Book

Kevin David Barry, 81, of Bernardsville passed away on Sunday January 16, 2022 at Morristown Medical Center. Born on November 19, 1940 in Jersey City to James Barry and Mary Corcoran. Kevin grew up in Jersey City, Newton, and Sparta. He graduated from Marquette University in 1962 and later was a night student at Fordham Law School when he was drafted to serve in Vietnam. When he returned from Vietnam in late 1965, he found his calling as a stock and bond trader on Wall Street. When his children were young, he was heavily involved in Little League and Pop Warner football. He loved watching his kids play golf, soccer, baseball, football, and field hockey, attending games whenever he could, regardless of weather or distance. He was a big fan of road trips, driving to Florida, California, Montana, and everywhere in between to visit family and friends. In the early aughts, Kevin was honored to serve as the Memorial Day Parade Grand Marshal for several years. He was an active member of Our Lady of Perpetual Help parish and of VFW Post 7858 where he made many friends.

Kevin was predeceased by his wife of 49 years, Linda. He is survived by his 4 children and their families, KC and Erin Barry of Ponte Vedra Beach, FL; Neal and Nicole Barry of Santa Barbara, CA; Tim and Erica Barry of Newburyport, MA; and Suzi and Brian Brinkman of Arvada, CO. Kevin has 8 beautiful grandchildren, Maddison, Palmer, Reagan, Wallace, Eve, Brooks, Cole, and Ingrid, who will miss him dearly. Kevin is also survived by his brother, James Barry, of Sonoma, CA.

A Memorial Service will be on Thursday, October 13, 2022 from 3:00 - 5:00pm at Gallaway and Crane Funeral Home, 101 S. Finley Ave, Basking Ridge, NJ 07920. Memorial Mass will be held on Friday, October 14, 2022 at Our Lady of Perpetual Help Church, 111 Claremont Rd, Bernardsville, NJ 07924, at 10:00am.  In lieu of flowers, the family has requested donations be made to K9s For Warriors. For further information, or to leave an online condolence message please visit www.gcfuneralhome.com