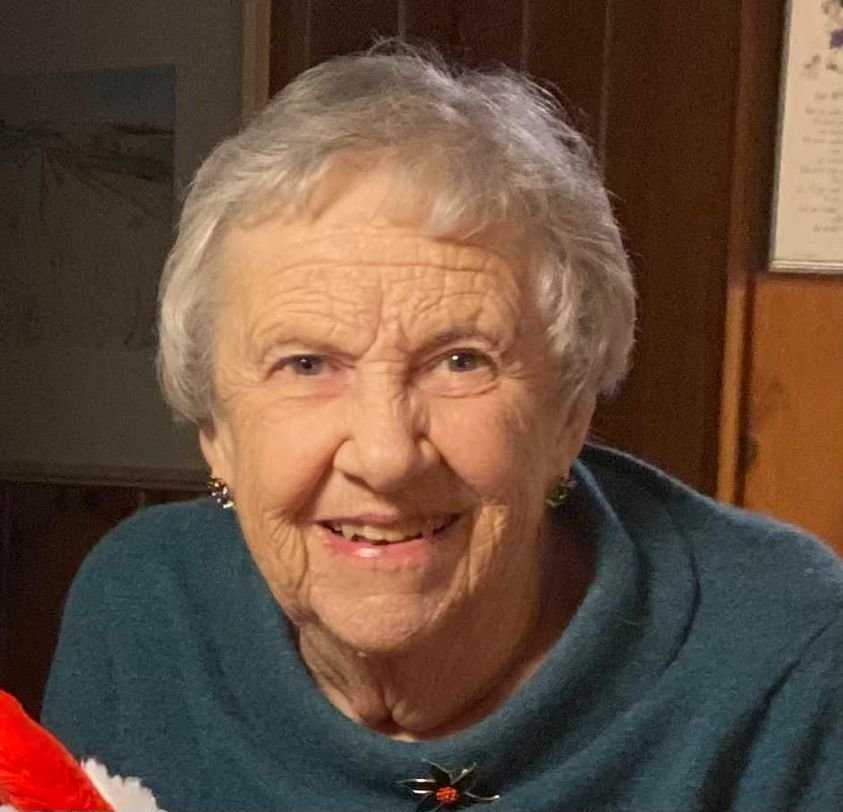 Please share a memory of Mary Jane to include in a keepsake book for family and friends.
View Tribute Book
Mary Jane (Wickham) Hoare December 15, 1934- March 23, 2021 Mary Jane Wickham arrived on the scene on December 15, 1934 to parents Flossie Miner Wickham and Don J. Wickham on their Hector, NY family farm. After starting her education in a one-room schoolhouse (of which she was justifiably proud), she graduated from Watkins Glen High School in 1952. She met her future husband in band, where they both played French horn. She attended Buffalo State with her bachelors in home economics, and taught at the Dundee Central School. Mary Jane and John married on June 29, 1957 and moved to their first home in Corning, followed by their second home in Bloomfield, NJ. The next move was to Rochester, NY (Penfield) where there was a big yard, great friends, and many laughs. In 1974, the family moved to Basking Ridge, NJ and joined The Presbyterian Church, where she was a deacon for several years. She and John downsized to a Bridgewater, NJ condo in their retirement years, before moving to Fellowship Village in 2017. They spent many beautiful summers on Seneca Lake in Hector, NY at their family cottage. After launching her children into the world and out of the house, she went back to school for her Emergency Medical Technician certification. She was an EMT with the Liberty Corner First Aid Squad for 19 years, holding multiple leadership positions. She strongly believed that people not only need a handout, but a hand up; with her altruism and insight, she served on the Somerset County Board of Social Services for 35 years. She chaired the Hospitality Committee at Fellowship Village. Mary Jane is survived by her husband of 63 years, John, her daughter Elizabeth Cowles (Richard), son John (Sherry), and daughter Kimberly, her grandchildren Andrew Hoare (Tiana), Shannon Martin, Erin Cowles Niehoff (Matthew), Kasey Hoare, Alyssa Cowles Blachez (Paul) and Jessica Hoare, and great-grandson Henry and several nieces and nephews, and their families. She is predeceased by her parents, her brothers William and David, sisters-in-law Jeanette, Donna, and Pat, and daughter-in-law Kimberly Boquist Hoare. Visitation will be on Friday, March 26, 2021 from 4-6 PM at Gallaway and Crane Funeral Home, 101 S. Finley Ave, Basking Ridge. A memorial service will be held on Saturday, March 27, 1 PM in The Presbyterian Church Memorial Garden. In lieu of flowers, the family requests that you make memorial contributions to the Liberty Corner First Aid Squad, The Presbyterian Church in Basking Ridge, or the Hector Presbyterian Church in Hector, NY.
To send flowers to the family or plant a tree in memory of Mary Jane Hoare, please visit Tribute Store
Friday
26
March

Look inside to read what others have shared
Family and friends are coming together online to create a special keepsake. Every memory left on the online obituary will be automatically included in this book.
View Tribute Book
Share Your Memory of
Mary Jane
Upload Your Memory View All Memories
Be the first to upload a memory!
Share A Memory
Send Flowers
Plant a Tree