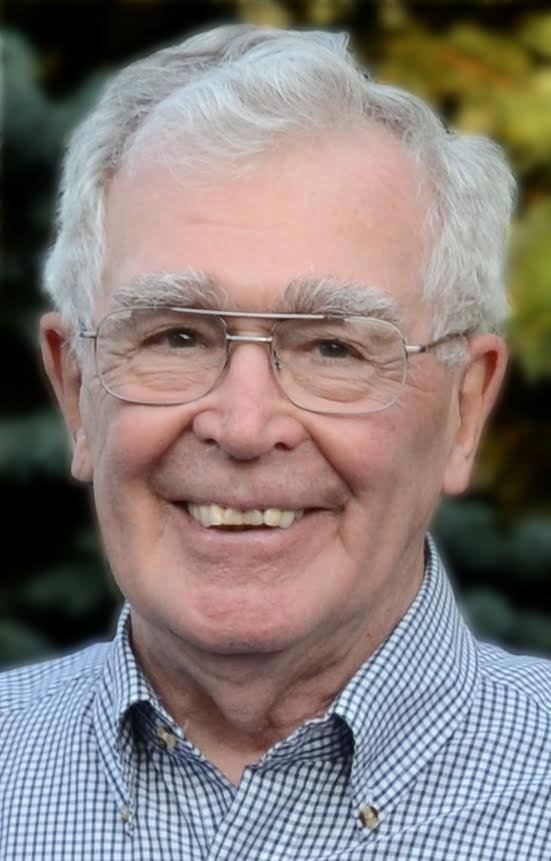 Please share a memory of Rugh to include in a keepsake book for family and friends.
View Tribute Book
RughK. Klippel, 90, devoted husband, father, grandfather, and friend passed away Thursday, March 26, 2020 at Fellowship Village in Basking Ridge, NJ. He leaves his wife of 68 years, Dorothy Jackson Klippel. Rugh Knudson Klippel was born in Hamilton, Ohio on June 9, 1929. He was predeceased by his parents Charles H. and Ruby K. Klippel and his brother Charles H. Klippel, M.D. Rugh grew up in Hamilton, Ohio and then Columbus, Ohio. He graduated from North High School in Columbus, attended Ohio State University and graduated from The Central Academy of Commercial Art in Cincinnati, Ohio. It was while he was in art school that he met Dorothy Jackson, a student at the University of Cincinnati, and they were married on June 16, 1951. He joined the United States Marine Corps Reserve in 1946, during his junior year of high school and served as a Staff Sargent on active duty at Cherry Point,North Carolina and Miami, Florida during the Korean War. He then spent 39 years working for the J. C. Penney Company, beginning in the Cincinnati store, then on to the Pittsburgh, PA regional office. In 1966 he was promoted to the New York corporate headquarters to serve in management roles for; merchandise layout, store design, and development. After retiring from J. C. Penney, Rugh spent several years sharing his expertise, time, and creativity with the International Executive Service Corps taking on multiple extended assignments in Ecuador and Turkey. Rugh had a great fondness for Basking Ridge, his home for the past 54 years. He felt privileged to have had the honor of serving on the boards of the YMCA, the Somerset Hills Adult Day Center, the Basking Ridge Presbyterian Church and a number of other causes in the community. In his leisure time he enjoyed painting, gardening, travel, sailing, golf and spending time with his family and friends. Rugh also leaves two sons: Jon Klippel, and his wife, Margaret Klippel and sons Bradley and Alexander and David Klippel, and his wife Shirley Klippel and their son Paul Klippel, all of Basking Ridge.  A service of remembrance and celebration will take place at a date in the future. For further information, or to leave an online condolence message please visit www.gcfuneralhome.com  In lieu of flowers, memorial gifts to the Basking Ridge Presbyterian Church, the Somerset Hills YMCA, or a charity of your choice would be appreciated.
To send flowers to the family or plant a tree in memory of Rugh Klippel, please visit Tribute Store

Look inside to read what others have shared
Family and friends are coming together online to create a special keepsake. Every memory left on the online obituary will be automatically included in this book.
View Tribute Book
Services for Rugh Klippel
There are no events scheduled. You can still show your support by sending flowers directly to the family, or planting a memorial tree in memory of Rugh Klippel.
Visit the Tribute Store
Share Your Memory of
Rugh
Upload Your Memory View All Memories
Be the first to upload a memory!
Share A Memory
Send Flowers
Plant a Tree