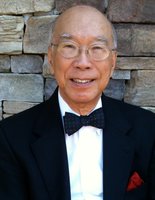 Dr. Arthur J. Yu Arthur J. Yu passed away peacefully in Basking Ridge, New Jersey on April 23, 2021 at the age of 91. He is survived by his loving wife Jenny of 62 years; his children, Richard and his wife Sandy, Linda and her husband Terence Lam, and David and his wife Lily; his grandchildren Nicholas, Alexandra, Nicole, Juliette, Lauren, Chloe and Maxwell; and his sister Barbara. Arthur was born on July 31, 1929 in Shanghai, China, the oldest child of Yu Hong-Ren (Eric) and Zheng Yee-Shen. He came to the United States in 1949 and earned three degrees from the University of Pennsylvania, including his PhD in chemistry in 1957. Arthur had a very successful career that spanned four decades. In the 1960’s, he worked at Thiokol developing solid rocket fuel for the NASA space program and the US Navy. In the 1970’s, he was a research scientist at Stauffer Chemicals and awarded numerous patents in the field of plastics and materials. After earning his MBA from the University of Connecticut, Arthur became Head of Research and Development at Borden Chemicals, where he worked for eighteen years until he retired in 1997. Arthur enjoyed all that life had to offer. He was an excellent athlete, playing soccer in high school, running track in college, downhill skiing well into his 50’s, and swimming laps into his 80’s. He loved classical music, ballroom dancing, and playing bridge with Jenny and their friends. He enjoyed reading history and keeping up with world events. Most of all, he and Jenny loved traveling around the globe, seeing natural wonders, experiencing other cultures, and eating local foods. Arthur was a meticulous planner and natural leader. After retiring, he was elected President of the AARP of Fairfield, Connecticut, the Greenfield Hunt condominium association, and the Fellowship Village Residents Council. Arthur will be deeply missed by all who cherished his friendship, wisdom and humor. The family has entrusted Arthur’s final arrangements to the Gallaway & Crane Funeral Home in Basking Ridge, NJ. If you would like to leave an online condolence message, please visit the guestbook at gcfuneralhome.com. In lieu of flowers, donations can be made to the Fellowship Senior Living Foundation at: https://www.fellowshipseniorliving.org/philanthropy/.