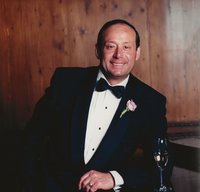 On Thursday, September 17, 2020, our Dad, Benedetto Pastro, passed away at 86. He died peacefully with his family by his side. Our family is grateful for the compassion and care provided by the staff at Fellowship Village and Morristown Medical Center. Dad was born in Bitonto, Italy, in 1934. After serving in the Italian Air Force, he went on to become a Master Machinist. Designing, building, and making everything better was a big part of Dad’s personal and professional life. After marrying Maria Lucia in 1960, they moved to Brooklyn, New York, where they raised their three sons, Al, Jim, and Ben. In 1984, Dad’s job brought him to New Jersey, and the family moved to Westfield. Dad was the Director of Engineering and enjoyed occasional trips to Europe to purchase manufacturing equipment. Dad always focused on doing everything he could for our family. In the early years, he worked Saturdays to provide a little more. He enjoyed building things for Cub Scout events, being a Cub Master, constructing elaborate school projects, making numerous home improvements, and later babysitting his first grandchild. We also enjoyed many vacations, including an annual trip to Sanibel, Florida, that grew to include all the grandchildren. In 2018, Dad and Mom moved to Fellowship Village in Basking Ridge, NJ. In Italian, Benedetto means Blessed. Dad believed that his greatest blessing was his family. He is survived by his wife, Maria Lucia, his sister Maria, three sons, and their spouses Brooke, Julie, and Christine, along with six grandchildren Brianna, Michael, William, Skyler, Christopher, and Mariella. It was a blessing for his family to have had Dad in their lives. A visitation will be held on Monday, September 21, at the Gallaway & Crane Funeral Home from 4:00 to 7:00 PM, located at 101 South Finley Avenue, Basking Ridge, NJ. A Mass of Christian Burial will be held at the Church of Saint James on Tuesday, September 22, at 10:00 AM, located at 184 South Finley Avenue, Basking Ridge, NJ. Benedetto will be buried at the Fairview Cemetery in Westfield, New Jersey. Donations in memoriam can be made to St. Jude Children’s Research Hospital.