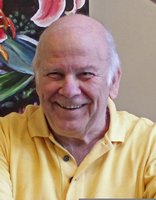 FOR INFORMATION TO LOG ON TO THE VIRTUAL SERVICE. Call Funeral Home 908-766-0250 John David LeDell, 75, of Basking Ridge, insurance executive and devoted music teacher. John LeDell died unexpectedly at his home on Wednesday, August 19, 2020. Stricken with polio in 1946 at age 2, John spent thousands of days of his youth in Minnesota hospitals, reading everything he could. He met his wife of 51 years, Ruth Cinder at work, where he rose to the level of senior vice president at Prudential Insurance Company of America over his 32-year career. In his second career, spanning 23 years, he became an inspiration for the hundreds of students he taught to love music through playing the piano, the impact of which will be felt for a generation. He is survived by his loving wife Ruth Cinder, with whom he taught music, his two sons Aric and Jason, daughter-in-law Chimgee, and grand-daughter Naomi Amina. In lieu of flowers, donations can be made in his memory to Post-Polio Health International: post-polio.org. Arrangements are being handled by Gallaway and Crane Funernal Home, Basking Ridge, NJ (908)766-0250.