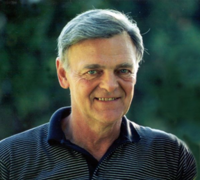 Theodore Alexander Pastor, age 78, passed away peacefully on Friday, July 24, 2020. Ted was born in Paterson and raised in Wayne, NJ, graduating from Wayne Valley H.S. in 1959. In April 1958, Ted asked Loretta (known to him and her family as Dee) on a date. He picked her up in his yellow convertible, and they both knew that they were meant for each other. They married on November 17, 1962. A machinist, Ted started a business, TALA (Ted And Loretta Always), after they married. He also served in the Army Reserve until honorably discharged in December 1967. Ted and Loretta built a family of three and a home in Wayne, next to the house in which Ted grew up. Ted played on Wayne PAL’s first baseball team in 1956. He remained dedicated to, and active in, PAL for many years. He was a PAL Trustee. He coached the first PAL baseball team to include girls, when his daughter decided to play in the 1970s. Although he coached his son’s basketball team for two years, he opted to coach those National League teams with no parent volunteers while his son played in the American League and on PAL’s All-Star teams. During the 1970s and 80s, Ted scheduled PAL umpires to call games, and worked charitable events and Bingos to raise money for the organization. Ted was co-owner of Precision Parts, and then President and owner of Ted Pastor, Inc. (TPI). He was a loving man, who was always there for family no matter the personal sacrifice. He never raised his voice in anger. He was warm-hearted and hardworking -- building a successful business that offered the opportunity to retire 20 years ago in 1999, so he could enjoy more family-time and golf. After living in Wayne for most of his life, Ted and Loretta moved to Countryside Golf & Country Club in Naples, FL in 2011. There Ted golfed regularly and served on the Board of his community association, Country Manor, as its Treasurer for nearly a decade. Ted will be missed by everyone that knew him. He is survived by his wife of 57 years, Loretta (Brugaletta) Pastor; three children, Sherilyn Pastor Orr and her husband Kevin Orr (Basking Ridge, NJ), Deanne Pastor Leyton and her husband Arnie Leyton (Naples, FL) and, Theodore A. Pastor, Jr. (Shirley, NY); and, four grandchildren, Ryan Orr, Kaitlyn Orr, Theodore A. Pastor, III, and Bianca Pastor. Friends may visit with the family from 4-6 PM on Thursday, July 30, 2020 at Gallaway & Crane Funeral Home, 101 South Finley Ave., Basking Ridge, NJ. A funeral mass will be celebrated at 10am on Friday, July 31, 2020 at St. James Catholic Church, 184 S. Finley Ave., Basking Ridge, NJ. Burial will be in Holy Sepulchre Cemetery, Union Blvd., Totowa, NJ 07512.