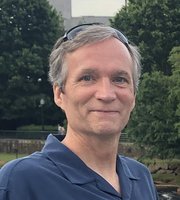 Mr. Douglas K. Bassett died on July 03, 2020 in Orlando, FL at the age of 55. Doug is survived by his brother Christopher, of Westminster, SC, his niece Helen, of Boulder, CO and his nephew Stephen, of Los Angeles, CA. He is predeceased by his father Leonard Bassett, mother Jean Bassett, and brother Stephen Bassett. Doug was born in Somerville, NJ and graduated from Bernards High School in 1982. He joined the Air Force immediately after high school and became a crew chief on the F-15 Strike Eagle combat fighter jet. After his Air Force service, Doug worked for Continental Airlines then United Airlines as an aircraft mechanic for over 30 years. Doug was a master scuba diving instructor, avid motorcyclist, gun collector, and noodled on the bass guitar. He loved teaching diving, riding, traveling, and spending time with his family and friends. A memorial service is scheduled for 10am Wednesday, July 15th at Gallaway & Crane Funeral Home 101 South Finley Avenue Basking Ridge, NJ. A graveside service will follow the memorial. All of Doug’s friends are welcome to attend and celebrate his life. In lieu of flowers, please consider a donation to the ASPCA.