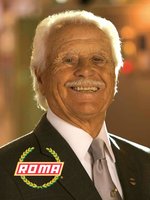 In 1955, he achieved his personal objective of owning and succeeding in his own business by opening a delicatessen in Bradley Beach, NJ. His desire for success led him to switch his focus after seeing a need for wholesale distribution of quality Italian food products. So, in 1964 with the motto “Quality and Service” he registered the trade name that would launch a successful career in the marketing of food distribution… Roma Food Enterprises, Inc. He was Roma’s Founder, Chairman and Chief Executive Officer.  In 2005, Roma merged with Vistar Corporation and in 2008 Roma became a part of Performance Foodservice which launched Roma products nationwide and thus became a leading giant in the Italian food service industry.

In 1988 Piancone pioneered marketing and production of Italian food products in Russia in partnership with the USSR Ministry of Science and Technology and the University of Moscow. He founded Astro Pizza, a company responsible for bringing the art of pizza making to Russia with its 54 foot self-contained mobile pizza unit  -  A testament that he was a true visionary of today’s food truck popularity.  He was always ‘one step ahead of the game’.

He was always an avid supporter of worthy causes, a true philanthropist.  In 1987 Roma financed and assisted a project of baking a 100 foot diameter pizza which earned the 1989 Guinness Book World Record for “The World’s Largest Pizza”. Proceeds were given to the United Way, The American Red Cross and the National Italian American Foundation.  He was a supporter of the Independent College Fund of New Jersey and helped develop the Junior Achievement Program.  He was the recipient of the 1990 Kennedy Center Alliance award for Distinguished Corporate Leadership through Arts in Education.  In 1991 Piancone received the prestigious Distinguished Citizen’s Award given to him by the Boy Scouts of America and the 1992 Golden Lion Award presented by the Order Sons of Italy in America.  In 1992 Louis Piancone established a National Italian American Foundation Scholarship for students studying all facets of agriculture.  In 1989 he received The Boy’s Towns of Italy Man of the Year Award and in 1995 he received The Boys Towns of Italy Humanitarian Award.  In 1997 he was awarded the Humanitarian Award from the Center for Migration Studies in New York and in May of 2000 he received The National Italian American Foundation’s Special Achievement Award.  In 2002 he received the ‘Il Comitato Montesi D’America Man of the Year Award and in 2004 he was awarded the William “Jazz” Jones Brightest Star Award presented by the Boys and Girls Clubs of Newark.

He served as President of the Gladstone Equestrian Association from 1995-2000 and has served on the Board of Directors of the United States Equestrian Team, Joan Cabot University in Rome, Italy and the Hitchcock Foundation in Aiken, South Carolina.  He was President of the prestigious Coaching Club and served as its Chairman Emeritus until his death. He also was an Honorary member of the U.K. Coaching Club and instrumental in bringing together the American, British and European Coaching Clubs by promoting Four-in-Hand driving as an International Community of Coaching.

He served on many Boards including the Somerset Medical Center Foundation, the Far Hills Race Meeting Association and was a member of the International Architectural  Council of The Preservation Society of Newport County.  In July 2016 he was internationally recognized as The Man of the Year by the European Driving Club in Brugge, Belgium.  In 2018 he was presented with the Preservation Society of Newport County’s Laurel Award…”In recognition of your role as a gracious, generous champion of coaching in Newport and for your expert and enthusiastic counsel in preserving the majesty and sophistication of the sport of Coaching”.

Louis G. Piancone was predeceased by three brothers, Joe, Steve and John.  He is survived by his wife and best friend, Teri.  They lived at their cherished land preserved Oak Hollow Farm in Gladstone, New Jersey with their many dogs, horses, and cattle. Louis Piancone was famous for keeping his farm meticulous.  He is survived by his children Mariette (Joseph) Picca, Louis M. (Madeline), Stephen (Deanne) and step-sons Adam and Sean.  He has five grandchildren, Noel(Ed) Kaplonski, Joey, Marissa, Stephen and Anna and two great grandchildren, Edward and Peter. He is also survived by one brother, Michael.